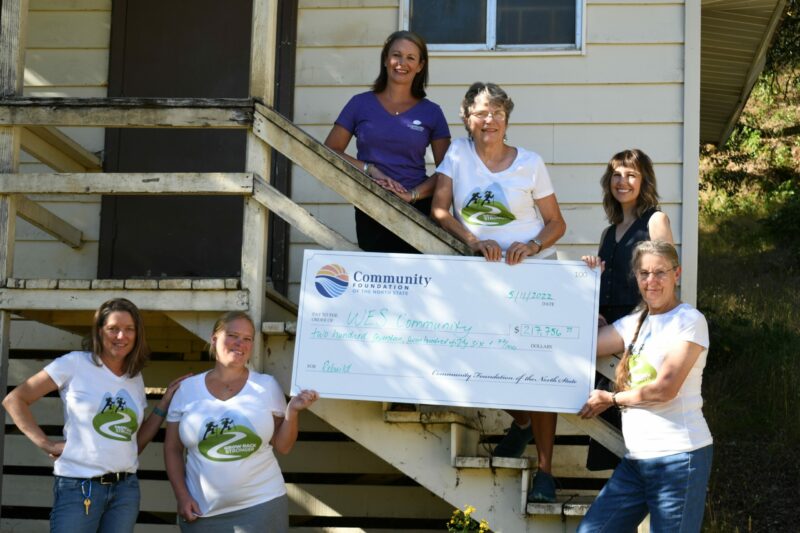 WES Community has been awarded a $217,756 gift by the Community Foundation of the North State. The gift was awarded from the Community Disaster Relief Fund and will be used to for the “Grow Back Stronger” capital campaign launched in July, 2022. The Grow Back Stronger Campaign aims to return students to WES as early as Fall, 2023.

This generous gift represents the remaining balance from the Community Disaster Relief Fund that was established following the Carr Fire.  The school has been closed since the disastrous fire and only recently has been reopened for day field trips in the fall and spring months and a limited summer program.

“We are humbled and honored by this first major gift which enables us to move forward in our capital campaign and makes the goal of bringing children back to the week-long outdoor science residential program for fifth and sixth graders seem attainable,” stated Melinda Kashuba, President of Whiskeytown Environmental School Community.

According to Kerry Caranci, the Chief Executive Officer of the Community Foundation of the North State, her Board of Directors was unanimous in their vote to dedicate the remaining money collected following the Carr Fire towards rebuilding the camp. Reopening the school will return children back to the community’s beloved program which includes hiking, star gazing, creek studies, fire ecology, forestry, and Native American studies.